In order to continuously realize the IIJ Group's business philosophy and to achieve long-term sustainable growth, IIJ Group recognizes the importance of taking initiatives in the reduction of environmental impact on the society as a whole through business activities that comply with environmental laws and regulations and take the global environment into account.

As the first full-scale Internet service provider in Japan, IIJ has created the Internet infrastructure in Japan and has been providing Internet connectivity services. It is recognized that social and economic activities are obviously more efficient than they were about 30 years ago with the use of internet-based services and applications. IIJ Group will continue to stably provide highly reliable services that support the networked society such as the Internet and cloud computing services thereby contributing to further improving the efficiency of social activities and reducing the environmental impact on the entire society.

Meanwhile, the use of electricity is essential in providing these services, and IIJ Group recognizes the importance of reducing greenhouse gas emissions and realization of carbon neutrality by improving energy efficiency and using renewable energy in data centers where a large amount of electricity is consumed. In addition, IIJ Group will make an effort to promote procurement activities that take into consideration the reduction of greenhouse gas emissions throughout the supply chain when procuring equipment and services necessary for the provision of its services from partner companies.

IIJ has established the "Sustainability Committee", chaired by the President, to promote these activities as a company-wide initiative, and will implement PDCA activities to reduce the environmental impact. IIJ will disclose sufficient environmental information to its stakeholders.

In light of the purpose of the Corporate Governance Code revised in June 2021, IIJ will enhance environmental disclosure based on the TCFD framework etc. in accordance with the above policy.

In recent years, the problem of climate change has become a material issue of urgency that the international community has to address, and, for example, companies are being required to further reduce greenhouse gas emissions. As energy sources account for a large proportion of the CO2 emissions in many countries, it is important to reduce unnecessary energy use and strive toward more efficient use.

IIJ is actively promoting efforts to cut our energy consumption at data centers in particular, because they are said to account for 2% of all the electricity consumed in the world. In addition, the Internet’s characteristic of reducing the movement of people and things is considered to be one way of helping to substantially improve energy efficiency throughout society as a whole. 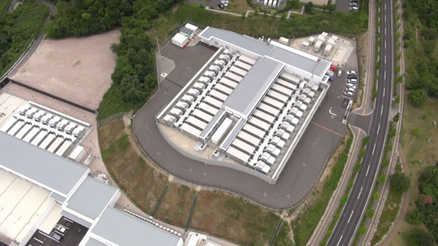 In 2011, IIJ opened Matsue Data Center Park (“Matsue DCP”), Japan’s first modular data center with an outside air cooling system. Matsue DCP has adopted a container-unit modular architecture that integrates IT equipment and air conditioning as a module in a container, thereby enabling a much shorter construction period and flexible reconfiguration. In addition, each modular IT container uses IZmo to automatically select the operating mode appropriate for the temperature and humidity, thereby saving considerable amounts of energy.

Matsue DCP is rated highly by outside organizations as well, and has earned many awards. 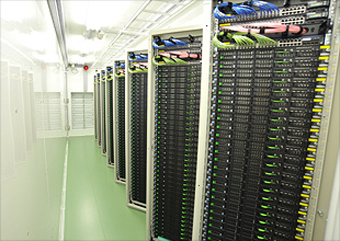 Air conditioning systems in common data centers require large amounts of electricity to combat the heat emitted from IT equipment. IZmo units, Matsue DCP’s IT modules, have adopted the first outdoor air cooling system for a commercial data center so as to use compressors and chillers less frequently, thereby significantly reducing electricity consumption.

In addition, in contrast to conventional data centers that require large quantities of packaging and protective materials when carrying in and installing servers, IZmo units can be transported to a data center with servers pre-installed, which contributes to reducing not only packaging materials, but also CO2 emissions during transportation. 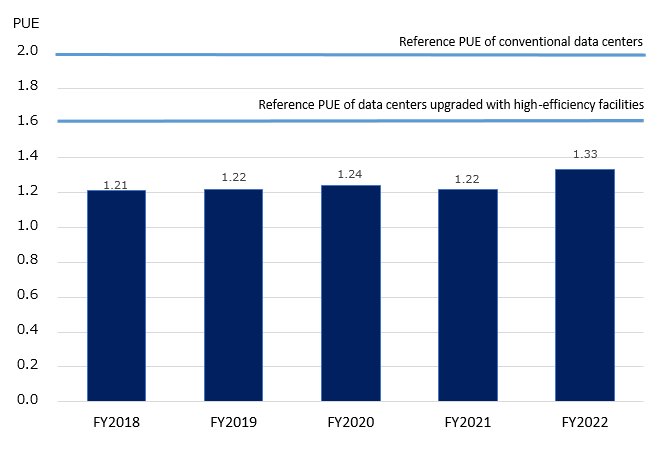 co-IZmo/I, a container-unit modular data center developed in 2013, adopted an indirect outside air cooling system so as to achieve high energy-saving performance even in an environment where the air quality is poor, such as air with a high grit, dust, and salt content. As such, IIJ foresees it spreading to a wide range of regions. 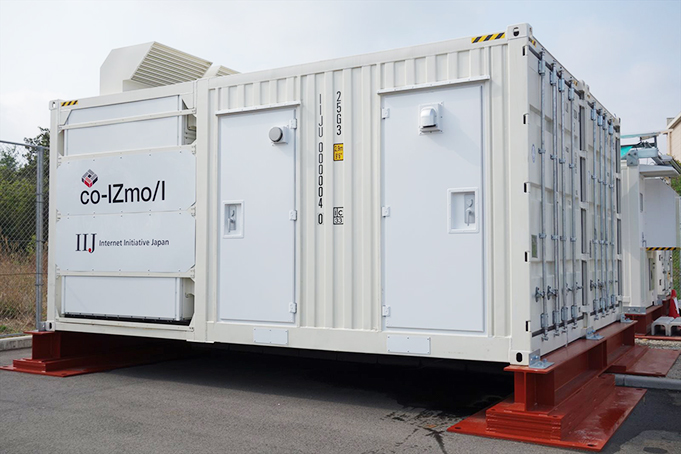 In May 2019, to accommodate the large-scale demand accompanying increases in digital data expected due to the spread of 5G, IoT, and AI and etc., IIJ started operating the Shiroi Data Center Campus（"Shiroi DCC"） in Shiroi, Chiba Prefecture with the help of knowledge gained at Matsue DCP. This data center campus adopted a system-module construction method that enables a larger-scale modular architecture, thereby systematizing and streamlining construction and production processes prior to construction work. 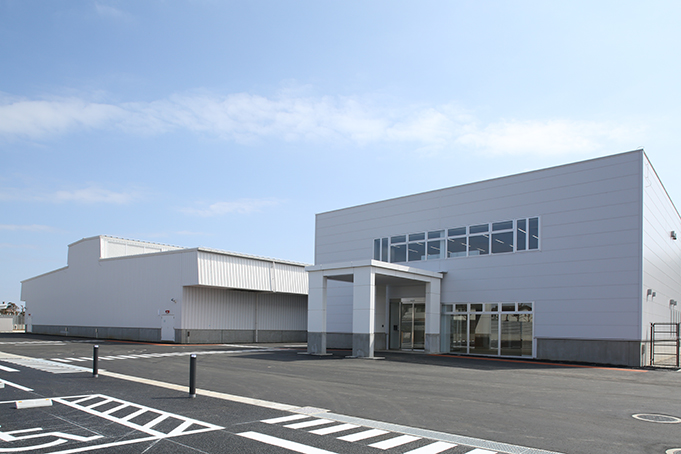 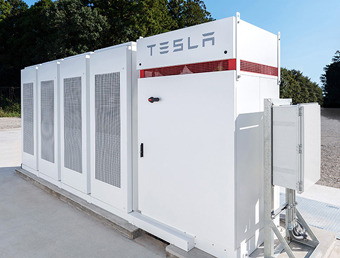 At the Shiroi DCC, the lithium-ion storage batteries installed as a power supply during emergencies are also used during normal operations to promote load shifting and peak shaving in power demand.

Since their introduction in 2019, IIJ has verified their use in equalizing power for summer air conditioning and their peak shaving and load shifting performance.As a result, in August - the annual peak period - we measured a peak shaving effect of 10.8% of the total Shiroi DCC power demand.

In 2009, IIJ launched IIJ GIO, cloud service, and, as of March 2020, has tens of thousands of servers and over 1,700 corporate customers. IIJ GIO uses energy-efficient data centers, including Matsue DCP, as its infrastructure and consolidates IT resources more efficiently using massive servers and storage equipment, thereby significantly reducing electricity consumption.

The entire service infrastructure consumes approximately 94,000 MWh of electricity per year, estimated to be an approximately 40% reduction (amount of electricity consumed by about 14,000 general households (*)), compared to the situation where everything is in an on-premises environment. Going forward, IIJ will contribute to reducing CO2 emissions by pursuing improvements to IIJ GIO’s energy efficiency and helping cut the electricity that society consumes when using IT. 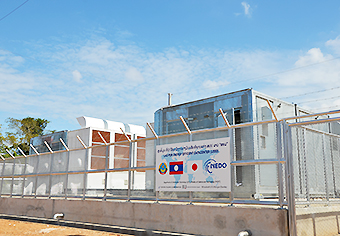 The Joint Crediting Mechanism (JCM) is a system to help reduce greenhouse gases (GHGs) by: spreading outstanding low-carbon technologies, products, systems, services, and infrastructures; promoting measures in developing countries; quantitatively evaluating how much Japan has contributed to reducing and absorbing GHGs through these activities; and utilizing evaluation results to achieve Japan’s GHG reduction targets. Using this system, the New Energy and Industrial Technology Development Organization (NEDO) contracted IIJ, Toyota Tsusho, and Mitsubishi UFJ Morgan Stanley Securities for a demonstration project aimed at verifying how effectively greenhouse gases can be reduced with the modular data center construction and operation technologies. This project involved installing co-IZmo/I, a modular data center, in Vientiane, Laos and verifying operations appropriate for the country’s environment and greenhouse gas reduction effects. At the same time, the project contributed to building the country’s first state-owned energy efficient data center, which will plays a central role in the country’s low-carbon growth model in field of IT.

In January 2019, this JCM project was issued credits (207t in total). This was the first time ever that a NEDO demonstration project had been issued credits in Laos since JCM was launched between Japan and Laos in 2013.

Initiatives through products and services

The lifelog data acquired through B-route meters may be used to create new services, including watchdog systems and energy-saving diagnoses. These meters also promise a role to play as electricity sensors for smart grids.

Remote access to reduce the movement of people and things

As working environments are rapidly becoming digital, as represented by telecommuting and web/video conferencing, the IIJ Group provides companies with a “digital workplace,” a comfortable and productive digital space.

The VPN service IIJ Flex Mobility Service, with its stable connections and low latency, prevents communication interruptions even in places with unstable mobile connections. In addition, the video conferencing system COLLABO de World can be used anywhere and anytime from the best available device, including dedicated terminals or PCs. These services are just a sample of those IIJ offers to increase productivity and enhance corporate value.

IIJ also contributes to climate change mitigation by promoting digital workplaces through our infrastructure and reducing greenhouse gas emissions associated with the movement of people and goods.

As well as saving energy, IIJ must choose energy sources that emit less CO2 so as to reduce greenhouse gas emissions and mitigate climate change. As IIJ consumes a large amount of electricity for our operations, including data centers, IIJ recognizes the need to address this issue and is considering ways to covert energy.

IIJ will introduce electricity derived from substantial renewable energy (*1) from February 2022 at Matsue Data Center Park (hereinafter referred to as Matsue DCP). IIJ will first introduce the electricity at Site 1, and approximately 1,300 tons of CO2 emissions are expected to be reduced per year, as the electricity used at Site 1, which is equivalent to 40% of the total power consumption at Matsue DCP, will be derived from substantial renewable energy.

Moreover, the electricity to be introduced this time uses FIT non-fossil certificate with tracking (*2) and meets RE100 (*3). IIJ will proceed with introduction of substantial renewable energy also at Site 2 as well as promote efforts toward the realization of carbon neutrality.