TOKYO - June 14, 2022 - Internet Initiative Japan Inc. (IIJ, TSE Prime: 3774) one of Japan's leading Internet access and comprehensive network solutions providers, today announced that it has developed an access control function (module) called "ngx_auth_mod" for use with the NGINX web server software necessary for building websites, and will begin offering the module free of charge on the software sharing service GitHub.

NGINX is a web server software developed and released by Igor Sysoev in 2004. It is widely used in large-scale websites and CDNs because of its high speed and suitability for processing large numbers of accesses, and currently has the largest market share in the world (*1). Currently, NGINX, Inc. manages the development of the software, which is offered free of charge under an open source license and as a paid product, NGINX Plus.
NGINX also provides a number of modules to extend functionality, some of which are distributed as part of NGINX and some of which are distributed by third parties. IIJ will provide the newly developed ngx_auth_mod as an open source module distributed by a third party. 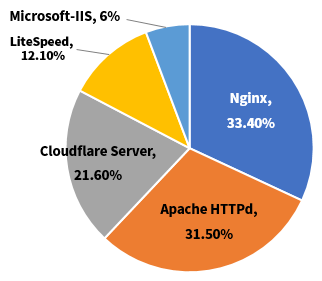 When NGINX is used on a website that requires access restrictions, such as an in-house portal site, an authentication module must be added to check users and determine whether they can access the site or not. The ngx_auth_mod developed by IIJ is a function that links the authentication function of NGINX with in-house Windows accounts (Active Directory) using the LDAP (*2) method. By using ngx_auth_mod, accounts and passwords normally used for Windows can be directly used for web access control, making it possible to achieve both security and convenience. LDAP authentication modules for NGINX have been provided by other developers, but ngx_auth_mod is designed to be more security-conscious than other modules and is also easier to configure.

Overview of provision of ngx_auth_mod

For more information on the plugin, please see the manual posted on GitHub.

In addition, a background explanation by the developer is posted on the IIJ engineer blog.