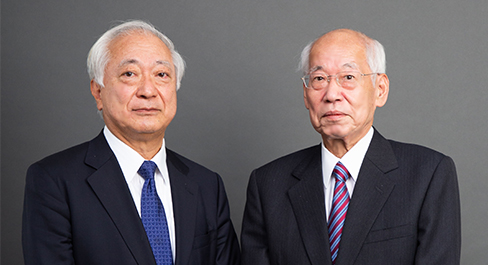 We would like to express our gratitude for your continued support.

In the fiscal year ended March 31, 2022 (FY2021), which is the first year of our three-year Mid-term Plan, we had a strong start toward achieving it with a significant increase in profit levels by realizing economies of scale through the growth of enterprise monthly recurring revenues, as the digitalization of Japanese enterprises finally got underway. The consolidated operating margin for FY2021 was 10.4% which was significantly stronger than our initial target for FY2021. As a result of this progress, we revised upward the consolidated operating margin target for the fiscal year ending March 31, 2024 (FY2023), which is the last year of our Mid-term Plan, from the original target of "over 9%" to "11.5%." As for dividend, we increased the interim dividend from the initial forecast announced at the beginning of FY2021, and also plan to increase the year-end dividend along with our profit growth which makes the total annual dividend forecast for FY2021 as JPY48.00 per share, up 61.3% from the previous fiscal year.

We will have been operating for 30 years this coming December. Since our establishment in 1992, as Japan's first established full-scale Internet service provider, we have created Japan's Internet infrastructure, and developed and provided a wide range of highly value-added and reliable Internet-related services. For the next 30 years, we shall continue to take initiatives in Japanese Internet technology and contribute to the realization of a sustainable networked society by continuing to support the networks and system infrastructure of enterprises and government agencies, which are part of our daily life infrastructure.

We sincerely appreciate your continued understanding and support.